This spring Kanye West did a great job making pretty much everyone mad through a relentless barrage of nonsense tweets, political opinions, and poopidy-scooping.  He then followed this by producing in quick succession five excellent albums that each clock in at about a half-hour and feature some truly inventive production along with some talented vocals from G.O.O.D. music’s roster.  Ye’s hand is in each of these album’s and I think much of their excellence can be attributed to his production and/or rapping chops.  However, it should be noted that his label is an absolute hotbed of musical talent also without whom these projects would not be possible.  In this post I’ll rank the the label’s music summer albums from good, to greatest.

This record is my least favorite of the series.  Much of that can probably be attributed to the fact that I’m not much of an R&B guy to begin with.  Few of Taylor’s lyrics were particularly interesting and most of the song’s were a tad slow.  Still, this Album was not a major time investment at all.  In no way does it overstay its welcome, and it’s short enough that the less inspired tracks don’t drown out the ones that are actually good.  My personal favorite is “A Rose In Harlem”, which features an eerie vocal refrain paired with an ominous baseline that has consistently given me chills each time I’ve listened.

I might as well say it.  I don’t think Nas is a great rapper.  I understand that Illmatic was kind of groundbreaking at its time of release, but as someone who wasn’t there when it happened, the sound is a tad bit bland.  With that said, his latest effort features some excellent production that redeemed his otherwise uninspired rhyming.  The only song on here that I absolutely can’t stand is Everything which, despite its name, isn’t really about anything.  However songs like The Cop Shot the Kid — which is structured around a heavily manipulated Slick Rick sample, and opens with a Richard Pryor sample that’s actually funny, but chilling in this context — and Not For Radio make this record worth the listen. 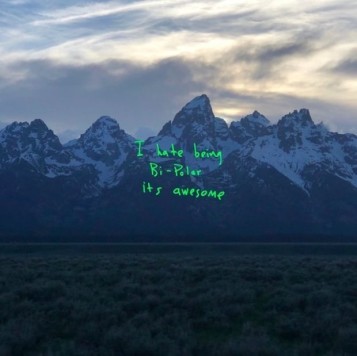 Kanye’s storm of crazy behavior meets its apex on this album with him reckoning with his bipolarism, suicidal thoughts, and the way his actions affect his family.  Of the five album’s this is the most minimally produced, and that’s not necessarily a bad thing, instead it brings a hint of urgency to the album.  As though Ye has these ideas in his head and he’s rushing to get them out.  There are some really tender moments on here, like when he looks forward to his daughter’s future and hopes that men don’t treat her the way he used to treat women, that he didn’t realize was wrong until he had a daughter of his own.

‘Til [Men] have daughters, now they precautious

Father, forgive me, I’m scared of the karma

The polar opposite of the somewhat underproduced Ye, KIDS SEE GHOSTS is a hyper-fluid powerhouse that fuses Kid Cudi’s sweet singing with Kanye West’s manic energy.   Highlights include an amazing sample of an old Kurt Cobain demo, a beautiful ode to rebirth, and an actual sequel track to Ye‘s “Ghost Town”.  The standout track; “Feel The Love” could be taken as an answer to the typical cloud rap vernacular but to me, it feels more like Kanye putting these young rappers in their place.  “You like to make gun-sound ad libs?  Watch this: ‘GAH…Guh Gah Gah Gah GAH!” 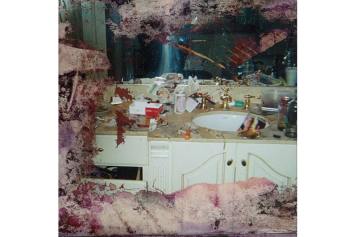 This album, for me is the powerhouse that drove this whole grand operation; the rest of the records’ spontaneity curbed by Kanye West’s smooth soul driven production.  This is the record that lit the entertainment world on fire with a viscous calling out of Drake.  Though the beef eventually fizzled out inexplicably, Push definitely comes out on top album wise.  This sledgehammer of an album packs ten times the punch of Drake’s 25 tracks of stream trolling.

Though opening tracks “If You Know, You Know”, and “The Games We Play” are a tad uninspired, “Hard Piano” comes along with it’s hair-raising hook, and erases any doubt that this record is a classic.  Santeria, my favorite song, features a smooth, mysterious guitar lick (Lifted from a Lil’ Kim Song) that in less than three minutes builds into key driven cacophony.  As you settle down, the next song fades in with… what’s that?  A Yes sample?  “What Would Meek Do”‘s sample doesn’t have any sort of deep meaning…however, it’s just perfect for that song.