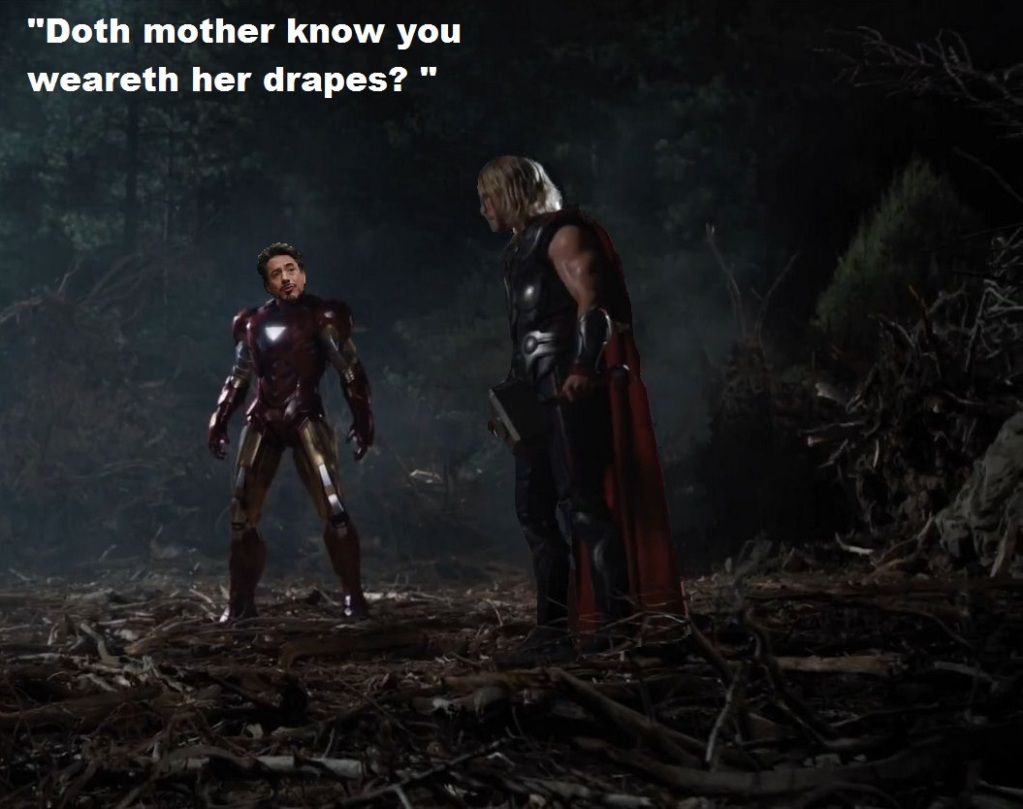 Well, it’s been over a month since Avengers: Infinity War was released.  This is going to be less of a review of the film (because, lets face it, these things are review proof anyway) and more of an in depth analysis of how it is a textbook Shakespearian tragedy.  With that said, there are some major spoilers so if you’ve been trapped under a rock and haven’t seen the film, and have managed to be a member of contemporary society without having this film spoiled by “I don’t feel so good” memes and coworkers snapping their fingers winkingly then do not read on.

It goes without saying that AIW is a tragedy.  It’s probably the most tragic thing a major studio’s had the guts to release with a PG-13 rating in the last couple of years and 100% the most tragic of the superhero genre.  Instead of killing off one just-introduced character that nobody is attached to, Infinity War goes for broke, snapping Loki’s neck, impaling Heimdall, throwing Gamora off a cliff, crushing vision’s head, and turning just about everyone else into wispy clouds of dust.  People have attributed how disturbing this scene is to the fact that we have spent the last ten years getting to know these characters in a grand saga that spans nineteen films.  What’s more we expect them to win, like they always do; to save the day, not be brutally beaten.  But the fact that the tragic nature of this movie resonates so deeply owes lots more to the literary structures created by William Shakespeare.

A Shakespearean tragedy contains specific elements that must be included.  They are:

The Struggle Between Good and Evil

This is a crucial element, though a fairly obvious one.  The gaggle of heroes fighting for the fate of the universe here are obviously the good guys.  However, this film goes above and beyond to make Thanos out as the bad guy.  Marvel’s last few villains have been very well written, and fairly relatable.  Spider-Man’s foe was not the cackling green-glad Vulture, but Adrian Toomes, the working class family man forced to take matters into his own hands.  Similarly, Eric Killmonger is almost an antihero in his misguided fight for justice.

This is another fairly obvious one.  The gigantic battle for Wakanda serves as the largest source of conflict in the film.  I have to say, just as a sidenote, that this sequence didn’t really do a lot for me.  As the inaugural gigantic battle sequence, it’s fine, I guess, but I can’t honestly remember a single standout moment except for a lot of really terrible, forced one-liners.  Of course, this part of the film is as much a staple to the genre as a gunfight to a western, but that doesn’t stop it from lagging considerably.

There are several cases one could make for who the Tragic Hero of the story, but the most obvious candidate is Peter Quill: Starlord.  Tracing his arc from its beginning back in GOTG, he has actually had a pretty messed up existence thus far. 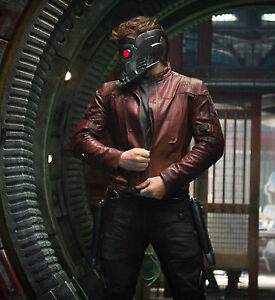 As a kid, he watched his mother die from cancer, only to be abducted by space pirates shortly after.  Escaping them, he drowned his sorrow in sardonic humor and one night stands.  Then he finally discovers his father, only to find that he is the true killer of his mother.  He is forced to kill his father, and his abusive father figure who he has grown attached to dies in the process.  He finally begins to find true love in his blossoming relationship with Gamora, but then her spark is extinguished as well.  By the midpoint of the film, these circumstances have turned Starlord into a seething, uncontrollable, vengeance machine.

This anger is Quill’s fatal flaw.  At the point in the film where Mantis has nearly subdued Thanos, and the Avengers have almost separated him from the Infinity Gauntlet, which is the source of his power, Quill cannot let go, the death of Gamora.  He lashes out in anger at Thanos, waking him up, and cementing his ability to end half of the world.

Here is where the way the film adapts to Shakespeare’s format gets interesting.  Whereas a Victorian era play would feature the same character experiencing Hamartia, tragedy, internal conflict, and external conflict, the Russo Brother’s split it up.  Each member of the avengers is part of a single organism.  While Quill experiences the fateful anger, Dr. Strange is the one  who undergoes the internal conflict. 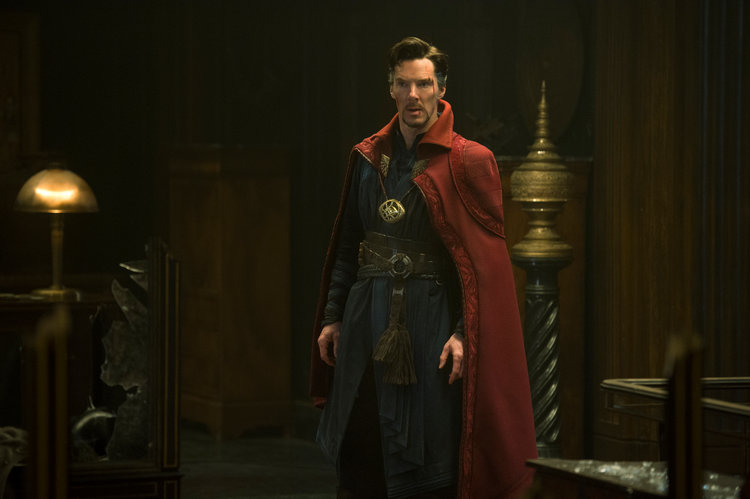 With The Eye of Aggamoto, he is able to see the future, and he is able to see the inevitability of Thanos’ victory.  He has probably the most difficulty decision to make: whether to save Tony Stark’s life, or give up the timestone to Thanos. He ends up doing the latter, for reasons that will probably be explained in the next installment.

Do I even need to explain this one?  Norse men in metal exo-suits blast extraterrestrial invaders as an adolescent tree and a talking raccoon fight alongside Actual witches and magicians.  It just serves as a reminder of just how much comic books have become our modern mythology.

This one’s also pretty clear.  I actually didn’t find the humor to be great in this movie, but I recognize the purpose that it serves.  Like in a tragic play the comic relief takes some of the tension out and makes something that would normally be unbearable enjoyable.

I think we don’t really appreciate enough, the guts that went into the decision to kill virtually all of the Avengers.  Yes, we know they are going to come back, and yes, most of them have movies scheduled, but the very presence of a scene where more than a majority of the Avengers disappear into dust is a big deal.  Also, this is really driven home when the heroes effectively lose.  This is another thing we’ve absolutely never seen before in a film of Marvel’s caliber.

This is the one aspect of Shakespearean tragedy that is technically not present.  The beautiful release of emotion, despite the awful thing that has happened.  However, it is coming.  I’m usually not a fan of the way that studios split films into part 1&2.  It usually seems like a cheap way to make money at the expense of film quality.  However, in this case, we are able to have a devastating, emotional, and actually meaningful tragedy; all the while still getting our good old super-heroic ending.