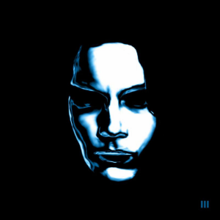 When you spend your free time like I do — mostly listening to music, speculating about music or watching videos where other people speculate about music — an album like this one tends to be quite a delight.  It’s especially enjoyable when something like this comes along, if you happen to have written a pretty strongly worded piece describing that rap music is going to absorb rock music or vice versa, because this album definitely proves the beginning of that point.  Whether you see Jack White as a visionary or a pathological poser (I see him as a little bit of both) Boarding House Reach is a fantastic album, both for listening, and for breaking down.

From the beginning of the album’s second teaser track, “Respect Commander”, one catches some serious Rage Against the Machine vibes.  Through some sort of Pavlovian conditioning (listening to Evil Empire a LOT) I heard Zack De La Rocha yelling “come wit’ it now” the first ten or so times I listened to it.  But then it sets itself apart, jumping into a faster rhythm (sped up by one-quarter) and shooting into a variety of increasingly insane musical sections.  There is a weird screaming that gets more and more prominent as the song goes on, a bongo beat that just makes it feel more alive somehow and what might as well be rapping from Jack during one of the slower parts.

Corporation is an equally zany track of a pretty similar variety.  This song really emphasizes the album’s jazzy structure.  In an interview in February, White told Rolling Stone that he aimed to emulate Miles Davis’ album making process, switching things up instruments and musicians, just seeing what happened.  I wondered if that would even be noticeable on the album, but it really comes through on songs Like this one that sound like six-minute jam sessions with dance breaks and solos incorporated into the mix.

I just described the two most normal parts of the album, because believe me, it gets weird.  “Abdulia and Akrasia” is a spoken word poem accompanied by some demented strings that gives off a kind of pirate-y vibe, with some clever wordplay that all amounts to a guy simply asking for some tea.  Ezmerelda steals the show is another poem that seems to be about White’s annoyance with people having cell phones at concerts — hence the special lockboxes at all of the shows on his latest tour that keep your device out of your hands for the duration of the show — that I would have thoroughly gotten behind a year or two ago but seems a little bit on the nose now.

Hypermisophoniac (which means “hatred of sound”) is a bit of an uncomfortable listen.  beginning with the beeping of some medical instruments that never stop their sounds, this is an abrasive and borderline unpleasant song that grows on you — after maybe the fourth sitting the listener can almost tune out the incessant background noise and appreciate the steady piano and the rhythmic guitar solo.

This record isn’t for everyone, but it’s albums like these that rock music needs right now; Albums that take risks and do something weird even though it might not sound great (this is true for several parts of this album).  Rock has been trapped for many years in an endless cycle of nostalgia.  Back in the early 2000s, The White Stripes did a little to dismantle this.  Their stripped down sound was the musical equivalent of hitting a concrete wall with a sledgehammer, needless to say, that didn’t have a long-lasting impact (Check the billboard 200 for rock.  The top five are three Imagine Dragons songs, a Foster the People track, and “Feel it Still”).  Instead, Boarding house reach is a tiny breaching charge, that is plenty explosive.