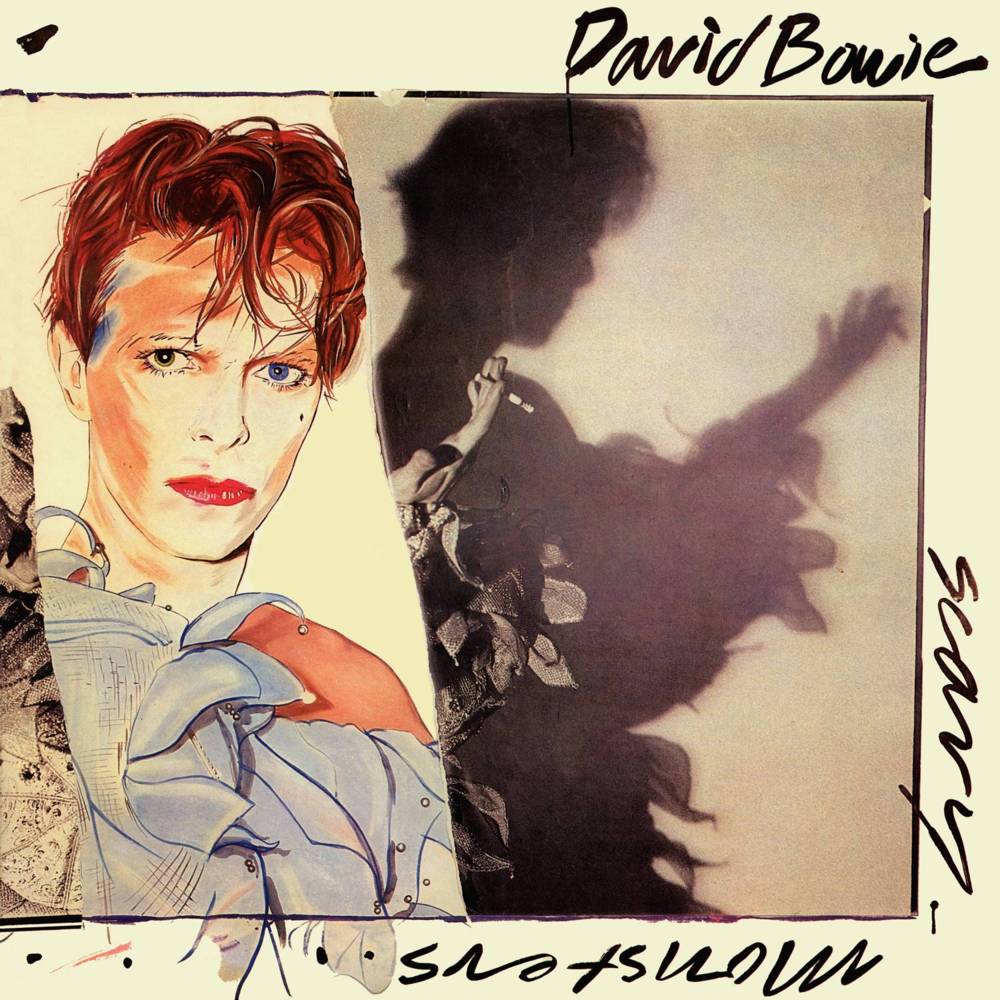 Recently, my dear friend the Optimist asked me if I would be willing to contribute to this distinguished blog, and I agreed to do so almost immediately. Having been a subscriber from the beginning, it’s a real honor to be able to submit my own thoughts here.

I’ve always been a huge music geek, so it was only natural that I should immediately think of album reviews. The question was: where to start?

In recent years, David Bowie has become my favorite solo artist in music. I was very excited for ★ prior to its release; all too unfortunate for the world that he should die just two days afterward, and for me that I was left to discover what I didn’t know of his musical backlog in the artist’s memory.

Thus, I kick things off here with what I hope to become a semi-regular series with a review of 1980’s Scary Monsters, my favorite of his. (It is a major point of mine that “greatest,” “best,” and “favorite” are three different things. “Greatest” carries the most weight, the highest impact for the rest of an artist’s career, or for the music world in general. “Best” is the artist’s most solidly “good” work – really, there’s not a clunker on the album anywhere. “Favorite” is your personal preference. With those definitions in mind, I think we can all agree that The Rise and Fall of Ziggy Stardust and the Spiders From Mars, an absolutely astounding and beautiful album, is Bowie’s greatest work. But I find that I prefer the refined sound of Scary Monsters, which gives it the edge.) (I put all of that in parentheses with the intention of providing a brief aside. It turned into another paragraph. I’m leaving it.)

At the close of the 1970s, David Bowie had just wrapped up his “Berlin Trilogy” of collaborations with Brian Eno. Sober and ready for a commercial success, he began work on his next album in a different manner. Whereas previous albums such as Lodger credit Bowie, Eno, and guitarist Carlos Alomar all as songwriters, Scary Monsters, with the exception of “Kingdom Come” (written by Television’s Tom Verlaine), was crafted solely by Bowie.

Upon starting the album, the listener is greeted immediately by unidentifiable sounds – a rattling here, a clicking there, and then, after a count-in, the unmistakable guitar of King Crimson’s Robert Fripp. A voice speaks in Japanese, and then Bowie begins to wail with the same powerful, heart-wrenching emotion exhibited on the final verses in “‘Heroes’.” “It’s No Game (Part 1)” is perhaps the perfect opening to this album, catching you off guard, grabbing you by the collar and shaking you around a bit, making sure you’re totally into it.

“Up the Hill Backwards” opens in 7/4 time, then settles into a charming little verse in a more familiar rhythm. The title track following it, a bit unnerving, exhibits a whining guitar and the lower end of Bowie’s voice (ha! Low! Bowie pun! Ahhhaha…anyway.).

“Ashes to Ashes” is the real standout track on the album, almost certainly its best. Modulated piano and a very groovy bass give way to a subdued keyboard as Bowie describes the truth about Major Tom. Keep an ear out for the echo in the background on the second chorus (“I’ve never done good things…”). Good stuff.

“Fashion” was the second single from the album, but I admit I’ve never been fond of it. The track reminds the listener of Bowie’s Young Americans days, which I, for one, would prefer to forget. Definitely the weak point here, though I’m sure many folks disagree.

Side 2 opens with “Teenage Wildlife,” my other favorite track – a scathing attack on the “new wave” trends of the time.

A broken-nosed mogul, aren’t you?
One of the “new wave” boys
Same old thing in brand new drag
Comes sweeping into view
As ugly as a teenage millionaire
Pretending it’s a whiz-kid world

“Scream Like A Baby” features perhaps Bowie’s most musically interesting verse, followed by “Kingdom Come” (the weak point of Side 2), “Because You’re Young” (a number in the same musical vein as “Scary Monsters (and Super Creeps)”), and the album closes with “It’s No Game (Part 2), a much calmer reprise of the opening track – featuring noises at the end similar to those that begin the album.

This is Bowie: creative, enjoyable, and just a little bit unnerving.