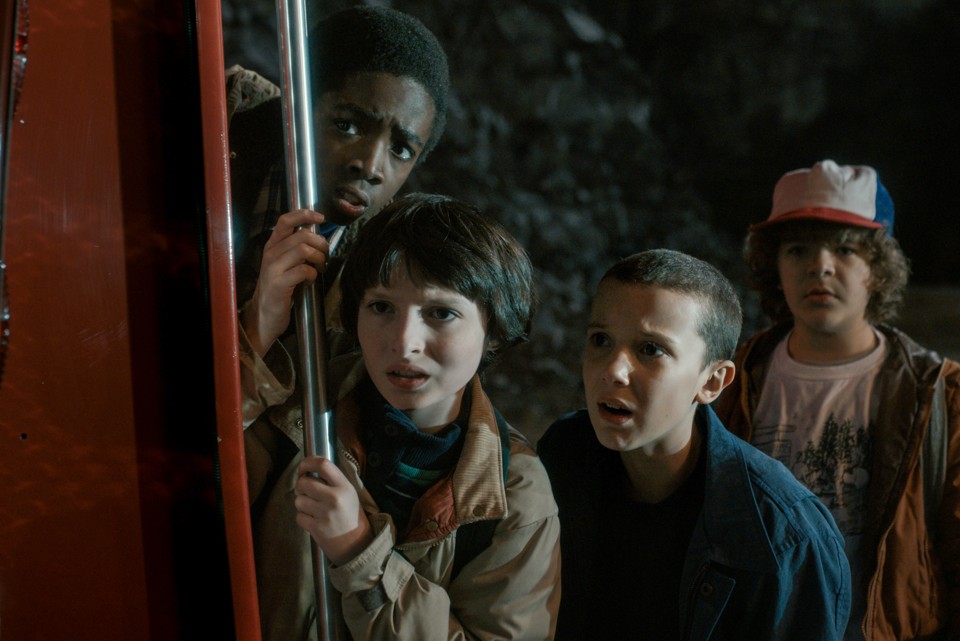 In 2014 the creative minds of Henry Gayden and Andrew Panay brought us Earth to Echo, a labor of love, in the vein of 1980s coming of age films, but updated for the digital age and flecked all about with cell phones, cameras, and other hallmarks of generation Z living.  I found the film to be enjoyable; the cutting in and out of cell phone footage struck me as rather authentic despite the film’s outlandish premise and director Dave Greens documentarian approach towards adolescent adventure felt fresh and new.  Ever a fan of ET’s climactic bike chase I saw the clear parallels in scenes where the kids of this movie drive down a dark country road in the middle of the desert.

Nonetheless, this movie was lambasted by critics as a rip-off of  E.T. the Extraterrestrial, and criticized (rightfully so, I must admit sullenly) for its inconsistent lens.  I perfectly understand this; no critic wants to be thrust back and forth between the seat of a theater — watching the epic spectacle take place — and the adventure itself — seeing shaky cam documentation of the event as it happens.

Even at a cramped and frenetic 82 minutes, the movie feels long. That’s what happens when the audience can guess everything that’s going to happen in advance. Even the 12-year-olds the movie is aimed at weren’t born yesterday

What really struck me about Earth To Echo was the review by Adam R. Holz of Pluggedin in which said writer described his conversation with the Andrew Panay (also the film’s producer) at a screening of the movie.

“Don’t you think it’s weird that your generation hasn’t had a Goonies to talk to you? … I thought it was about time you kids had the same experience us adults have had.”

This is an admirable pursuit, these stories of timeless adventure, heroism, and growing maturity will always be important.  There remains however, the troubling fact that they must be told well.  Enter… Stranger Things.

This is an eight episode miniseries created by the Duffer Brothers and dropped onto netflix last year.  The show stars a whole gaggle of excellent actors including Winona Ryder, David Harbour, Finn Wolfhard, Millie Bobby Brown, Gaten Matarazzo, and Caleb Mclaughlin.  All give excellent performances, which can be attributed to their merits as actors, but also the balanced, symetrical writing that weaves the plot together without ever dragging.

In Stranger Things a small town is thrown in to turmoil when a young boy named Will goes missing.  His mother begins communicating with him via supernatural means, while appearing to descend into madness.  Depressed cop Hopper is reinvigorated in his search for answers, and three friends of Will’s take it upon themselves to find where Will meant and bring him back.  All of this stacks up to roughly six hours or so of rock solid character development.

As one of tv’s most shallow viewers ever, I’ll admit that in a show like this, it’s not unheard of for me to clock out on certain character arcs that fail to engage.  Don’t ask me a thing about Karen Page in season 2 of Daredevil, because I’ve completely forgotten it.  It’s just what dramatic shows tend to do these days.  Give you something to move the plot along, but then turn to the actions of a side character, doing something that doesn’t connect with the plot whatsoever, and may or may not be resolved.  The Duffer Brothers avoid this by centering every plot event and character motivation upon the supernatural events plaguing the town.  The result is a sight to behold; 45 minute episodes that feel like they’ve just breezed by in fifteen; such is the caliber of this show’s construction.

The series climax is pure brilliance.  The climactic action scene, in which the monster that has been the cause of everyone’s pain is finally seen.  It is made more terrifying by the flashing lights in the room.  The first confrontation with the beast, in which three outleagued teens take it on ought to be seen as a master class on shooting action with suspense.  First they set up their ambush, Home Alone style.  Laying out a bear trap, loading a revolver, driving spikes through a bat, and finally, stringing up lights to fortell of the monster’s arrival and ready them to wish merry christmas to that filthy animal.

When the monster finally enters from its parallel dimension, the lights begin flickering like crazy.  Our vision is greatly occulted, but not really.  We see just enough to perfectly understand what is happening.  Like a hyper-sped slide show, the Duffer’s deftly communicate the dialogue of the struggle, keeping us invested, even as we creep closer and closer to the edge of our seats.

In the end, Stranger Things is a triumph of writing, acting, and direction.  It draws on elemental nostalgia, but only as a boost to an already proficient plot.  A surprise emotional and visual thrill ride, I enjoyed stranger things more than I’ve enjoyed any extended narrative in a long time, and I can’t wait to see what the Duffer Brothers have in store for us next season.