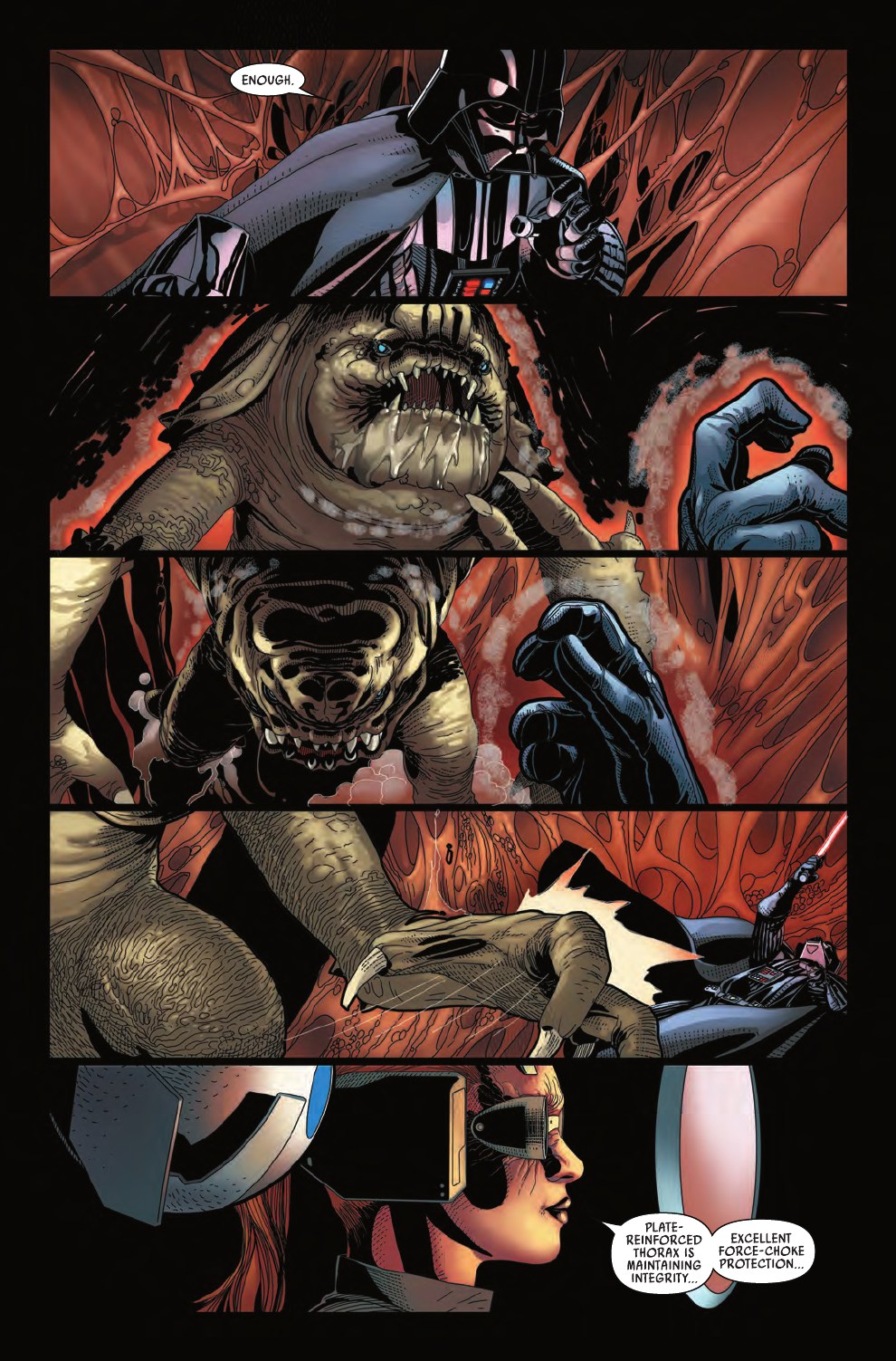 It goes without saying by now that Marvel’s latest Star Wars Run is phenomenal, and will likely continue that way.  Darth Vader Vol. 4 shows Vader’s quest to discover the mysterious young pilot who destroyed the death star reaching a climax.  He searches the galaxy, kills a few unfortunate “lesser beings” and actually boards a ship that is somehow both transport and biological organism; “ain’t Star Wars logic great?”.

Besides the excellent art and action, “End of Games” succeeds because of its major character development.  Vol.4 of Vader’s story marks the point at which he becomes fully devoted to pursuing Luke Skywalker with a passion, the results of which, we see in episode V.  It shows Vader struggling with the part of himself that is still Anakin Skywalker, and taking steps to remove what he sees as weakness from his psyche.  At one point, a man with control of his armor, uses a fail safe remote that immobilizes Vader, bringing him, quite literally to his knees.  Vader is now alone with himself.  We see his dreams; Vader is on Mustafar, and his younger self, still human, attacks him.  In a reenactment of the famous scene from Revenge of the Sith, Vader easily dispatches him, and leaves him for dead.  Back in the real world, Vader stands up, breaks his chains, and brandishes his lightsaber.  Cylo, Vader’s would be captor asks “How?You’re still deactivated.”

Vader smugly replies, “Anakin is dead, I killed him”.  This book is a bit of a bittersweet experience for those of us who are star wars fans.  Bitter because it is a point where Anakin Skywalker,  the chosen one, is fully in the dark sides embrace, completely committed to evil.  The story seems bleak from here.  It is sweet however…because we know how the story ends.