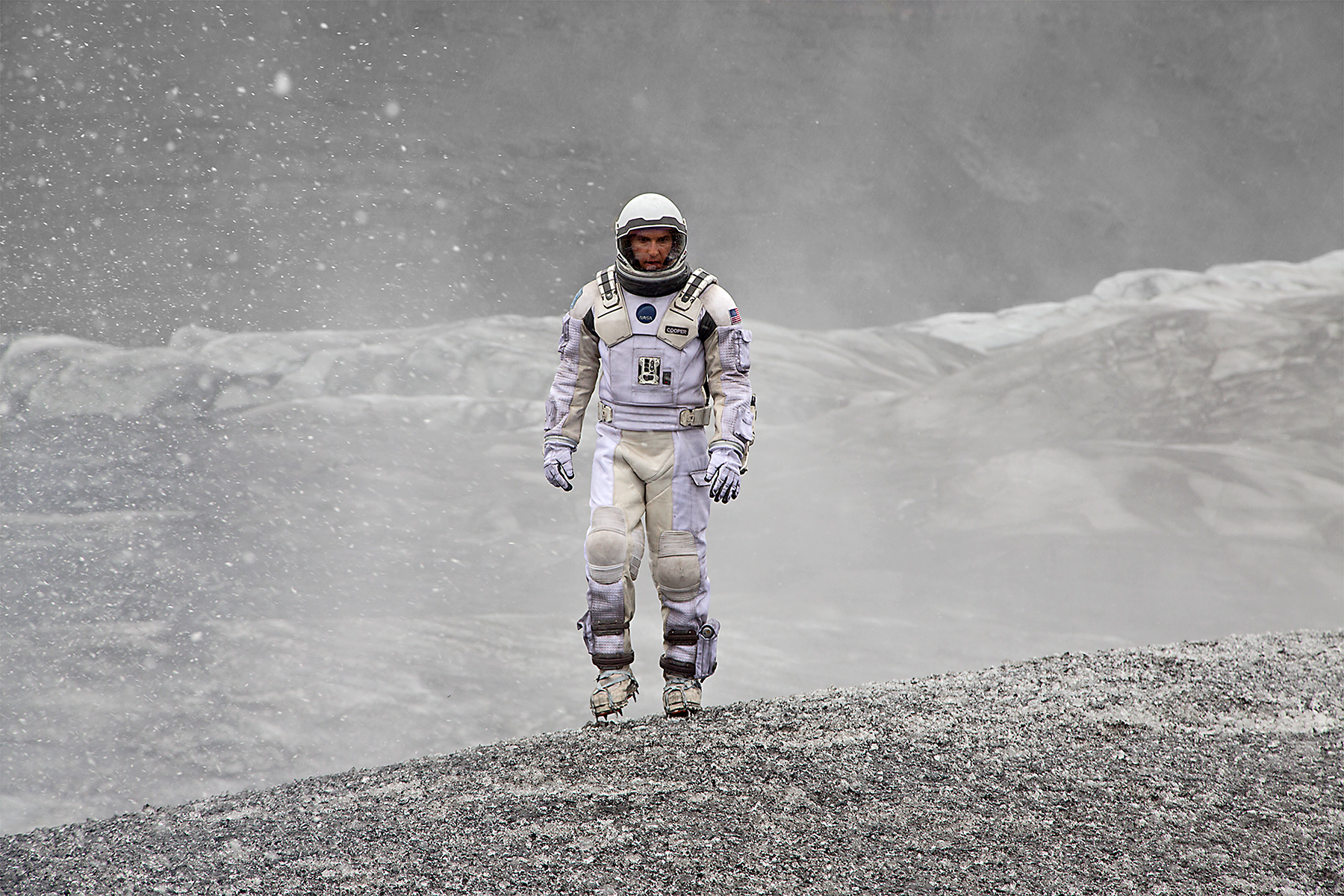 Christopher Nolan did a great job directing it. He knew when to make the shots close and shaky, and when to make them wide and majestic. This unlike another movie that takes place in space that is comprised almost entirely of close and shaky shots, (ahem, Gravity, we’re looking at you). One particularly spectacular shot was the one on the water planet when the crew finally realizes that the mountains they see aren’t really mountains, but are waves. The suspense in that scene was intense, and this was helped by the huge shot of the wave as it grew closer. The camera slowly moving up as the viewer grasps the sheer enormity of the challenge that the astronauts are facing. A more chaotic shot was when cooper falls into the black hole. The confusion and intrigue created by this scene kept me on the edge of my seat.

The acting was quite spectacular as well, no surprise considering the movie’s all star cast. Especially Matthew Mcconauhgey. It was clear that he was very torn by the decision that he had to make. He projected his emotions very well. The plot was very well developed and kept me thinking for days after watching the film. However, creative as it was, it was mildly depressing. Cooper wakes up from saving the world, to find that his son is dead, (he never said goodbye), and his daughter is an old woman on her deathbed.

This was a very well done film. That said, I probably won’t watch it again. It is the story of a man who saves earth, but misses the lives of his children. I cannot fault the stellar filming and special effects, but the story of the movie itself is quite bittersweet.